Of course, they are! There is no question about vape devices being unsafe on public transport; in fact, unlike smoking, vaping openly on
trains and buses is now widely accepted worldwide.

Why is it not safe to smoke cigarettes on public transport?

If you have used public transport at some point in your life you must be well aware of the no-smoking signs placed over the bus, train, and subway stations, as well as inside the vehicles. The signs are hard to miss with bright red and white colors drawing the attention of all those onboard. Well, this is because smoking cigarettes can be incredibly harmful to even those who have never picked up a cigarette in their lifetime. How? Passive smoking! 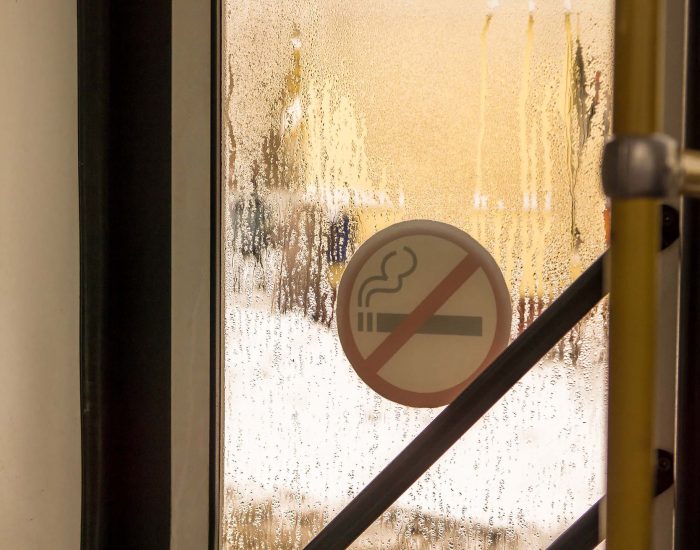 There is a reason why there are designated smoking areas in restaurants, hotels, and office buildings, and no, it does not have to do with only the strong smell left behind by a burning cigarette. As compared to an individual smoking a cigarette, inhaling the smoke can be even more dangerous for those around the smoker. The reason for this is that individuals who are smoking, inhale only those chemicals that are filtered through the cigarette. This is not the case with those around them as they do not have any access to a filter, thus, they unknowingly inhale all the harmful chemicals in a cigarette, even those chemicals that are considered far too harmful for active smokers to inhale.

This involuntary inhalation can do a lot of damage to an individual and increase the risk of getting all kinds of fatal illnesses, including cancer. Passive smoking can also significantly irritate the throat and eyes and has also been known to increase respiratory illnesses including asthma and pneumonia, especially in children. It can also severely worsen and trigger the symptoms of individuals with these conditions and make them even more unwell. Those most at risk of passive smoking include children, pregnant women, and the elderly.

Additionally, smoking cigarettes on public transport can also be seen as a fire hazard. Careless disposals of cigarettes and cigarette butts can be incredibly dangerous and can cause massive fires. All it takes is a bit of cigarette ash to touch a flammable surface to start a large fire.

Is it safe to carry vapes on public transport? 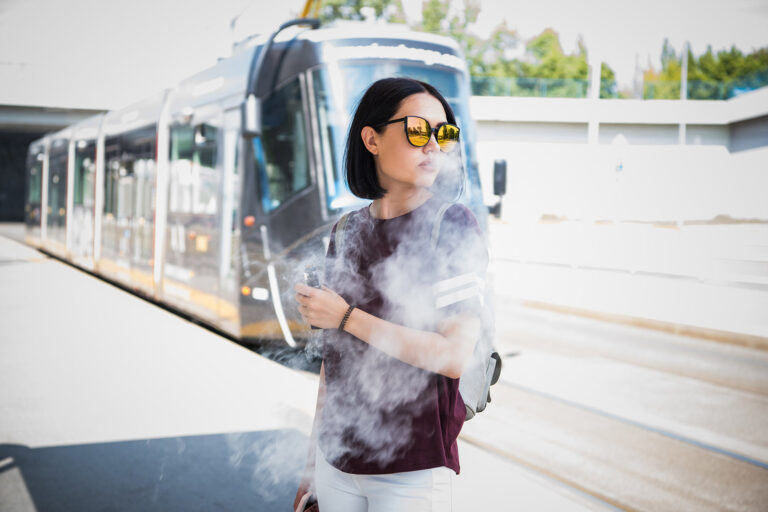 The risks of smoking mentioned above can prove to be fatal for more than just the active smoker. Passive smoking is real, and it is
definitely dangerous. As individuals, we have to take responsibility for the consequences of our actions- therefore it is imperative to switch to a safer way of getting a nicotine rush, i.e. vaping or the use of nicotine e cigarettes.

Firstly, since there is no active fire element in nicotine e cigarettes, there is no threat of causing a fire, even if a disposable vape is
not discarded properly. Additionally, because of almost no negative effects on others, using nicotine e cigarettes on public transport is a much safer and more responsible alternative to smoking. It does not leave an unpleasant smell in the air, causing no displeasure to those around a user. Users can simply take a hit without causing discomfort to those around them, or having to watch them cough uncontrollably due to the smoke. Unlike cigarettes, there are no chemicals in nicotine e cigarettes that can pose a threat to others, especially because the vapor evaporates within seconds, meaning that there are almost no threats from second and third-hand vaping (other than a judgmental look which can totally be avoided by vaping discreetly!).

This website contains nicotine products that are only suitable for those who are 21 years or older.